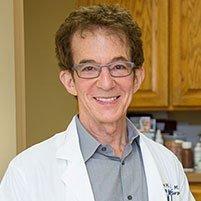 If you're bothered by the redness, swelling or blemishes of rosacea, Dr. Lawrence Matt can help. Using state-of-the-art rosacea treatment options including lasers and advanced medication options, Dr. Matt helps Santa Monica, CA, area residents resolve or reduce symptoms so they feel more confident about the way they look.

Rosacea is a skin ailment that results in a flushed or reddened appearance on some area of the face and, in some cases, the scalp, neck and chest. While typically restricted to the skin, in more advanced or complex cases it can affect the eyes or cause the nose to develop a bulbous or fibrous appearance in a condition called rhinophyma.

The exact cause of rosacea is unknown; however, some researchers believe it may be caused by an imbalance of gut flora that may cause certain sensory neurons to become hypersensitive to external stimulants. Others believe it could be the result of a blood vessel disorder that causes the vessels to swell and redden. It most commonly affects people with fair skin and is more common among people with a family history of the disease. Rosacea often becomes exacerbated as the result of specific environmental or emotional triggers such as stress or temperature changes, alcohol, caffeine or very spicy foods.

What are the symptoms of rosacea?

In addition to redness of the skin, other symptoms include dryness, inflammation, eye irritation, blemishes and sometimes a burning or stinging sensation in the affected areas.

How can rosacea be treated?

Very mild cases are often left untreated and as long as triggers are avoided, can be unnoticeable to others. If redness worsens or the skin around the eyes or the eyelids becomes affected, antibiotics can be used to control the condition and protect the eyes. Lasers may also be used to treat the blood vessels that have become dilated, allowing them to be safely absorbed into the body. Laser treatments will need to be repeated as new vessels form or become dilated.

We accept most major insurance plans, as well as entertainment insurers, DGA (Director's Guild of America) and AFTRA Health Fund.

Words from our patients